Not knowing how to properly format your professional resume can easily cost you an interview. Simply put, at this stage in the game you should know how to write a killer resume, but there’s so much confusion out there that even the most experienced professionals fumble. Five of the most common mistakes are: Including a photo, not having a title, not using numbers, using outdated formatting, and leaving out action verbs. Avoid those key mistakes by following the tips below for your professional resume and you’ll be way ahead of the game (and your competition!):

There are only two kinds of positions that traditionally require photos on a resume – bartenders and models. If you’re not looking for a career in either then you can skip the photo all together.It’s not wise to give anyone the opportunity to judge prematurely based on appearances. You could have the best photo in the world but if HR doesn’t like it you’re not getting a call. In fact, many HR departments will automatically trash resumes with photos in an effort to avoid any chance of discrimination. Additionally, images can actually “choke” the resume scanning software the companies use to receive and organize resumes. In other words, if you send in a resume with a picture they may not ever receive it because the system could not scan it. Because of this you should also avoid logos and graphics.

2) You MUST Include a Title:

Handing in a resume for a high level position without a title may cost you the interview. The reason is because you’re failing to give the person glancing at your resume any idea of what kind of job you’d be good for. You can fix this by using a descriptive title at the top of the resume. For instance, if you simply state “Accounting” as a title it’s rather vague and could refer to any position in the accounting department. Instead you should write titles such as “Chief Financial Officer”, “Manager of Accounts Receivable”, or “Head of Accounting Department.” The same concept can be applied to a number of positions in departments across the board. The point is to tell the reader exactly what you do in a quick manner.

3) Do Not Forget the Numbers:

One of the best ways to show you’re right for the job is to prove it. You can prove it on your resume by using quantitative examples of things you accomplished on the job.Were you in the top one percent of salespeople in the company? Did you increase the productivity of your team? Did you save the company money? These are all stellar examples that allow you to use numbers and prove your ability to produce results for your potential employer.

4) Make Sure the Formatting Isn’t Outdated:

Times change and companies want forward thinking leaders who will take their brand to the next level. As a result, one sure fire way to get your resume trashed is to hand it in with outdated formatting. You can start by getting rid of the Objective section. Employers don’t particularly care what you want; instead, they are much more concerned with what you can do for them.

Many people forgo the use verbs on resumes. This leads to confusion about what it is they actually did on the job. They’ll write bullet points stating “Management systems for IT department” which can mean both anything and nothing at the same time. You can combat this by using action packed verbs like “lead”, “influenced”, or “pioneered.” This shows that you did more than just manage, you had clout at your former company.
Share on
Twitter Facebook Pinterest Email If you want to land an professional position, you need an professional resume written from a recruiter’s perspective who understands ATS systems and how hiring happens in order to stand out and accurately promote your strengths. Your professional resume’s job is to land the interview.  Having an eye-catching, visually-captivating layout makes a powerful first impression […] 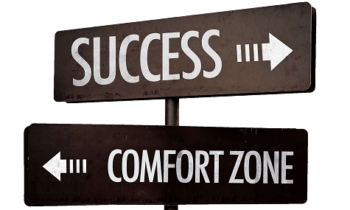 What is a 6-Letter Word for Resume Complacency?

What is a 6-letter word for Resume Complacency? F*cked. Yep… No minced words here. You know I don’t pansy foot around the truth. If you are complacent, you either are or will be screwed eventually. I am not being negative. I am being a loving pragmatist who wants to see you thrive… and not caught […]